Social Security benefits are a lifeline for millions of retirees. According to a 2022 report from the Transamerica Center for Retirement Studies, about 23% of workers expect their monthly checks to be their main source of income after retirement.

However, Social Security is not as reliable as it used to be, and it is becoming increasingly difficult for retirees to depend on their benefits. There are two main ways the program lets seniors down, and if you’re already retired or planning to retire soon, you may need a backup plan. 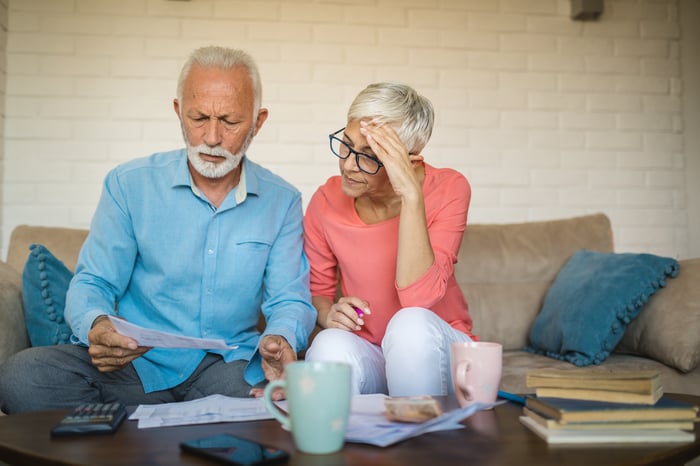 1. Benefits don’t keep up with inflation

Most years, seniors receive a cost of living adjustment, or COLA, to keep their benefits in line with inflation. That adjustment generally falls between 2% and 4%, but last year retirees received a whopping 5.9% COLA to account for rising inflation towards the end of 2021.

However, according to the most recent data from the Bureau of Labor Statistics, actual inflation is around 8.5% over the past 12 months. That means the benefits have lost purchasing power over the past year, even with an above-average COLA.

This is also not a recent problem. In fact, Social Security benefits have lost about 40% of their purchasing power since 2000, according to a 2022 report from The Senior Citizens League. If this problem persists, Social Security won’t go nearly that far in the future.

2. Budget cuts could be lurking

In addition to inflation, Social Security faces another problem: a shortage of cash.

The benefits are mainly financed by payroll taxes. However, as baby boomers retire en masse and the average retiree is living longer, the Social Security Administration (SSA) has been paying out more in benefits than it receives in taxes.

As a result, the SSA has plunged into its trust funds to cover the shortfall and avoid cutting benefits. But those trust funds are expected to dry up by 2034, according to the latest estimates from the SSA Board of Trustees. If that happens, the taxes will only be enough to cover about 77% of the future benefits.

To be clear, this does not mean that Social Security will go bankrupt. As long as employees continue to pay payroll taxes, there will always be at least some money to pay out on benefits. However, it does mean that benefits could be cut by up to 23% by 2034 if lawmakers can’t agree on a solution before then.

What can you do to prepare?

There may be nothing you can do to stop inflation or prevent future benefits. But you can take steps to bolster your retirement plans.

If you have a few years left before you retire, try to save as much as you can. When Social Security is shaky, it’s more important than ever to have a robust retirement fund to fall back on. Even if you can’t save much, extra savings can go a long way.

You may also want to consider deferring Social Security. The longer you wait to claim (up to age 70), the more you will receive each month. By waiting until the age of 70 to file, you will receive your full benefit plus up to 32% extra.

While deferring benefits isn’t a solution to inflation problems or benefits, it can cushion the blow if Social Security isn’t as reliable going forward.

Social Security benefits can be a substantial source of income for millions of retirees, but the program isn’t perfect. By taking steps to prepare now, you can ensure that your retirement is as financially secure as possible, no matter what happens to Social Security.

These are the names people change the most, Social Security says

Should you claim social security sooner because your investments are shrinking?