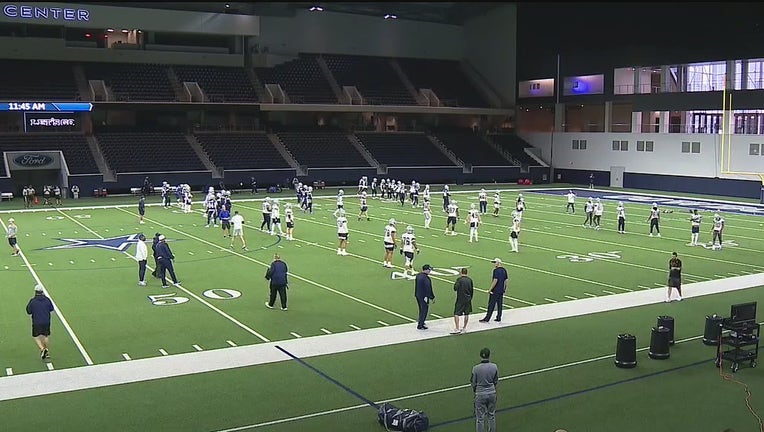 DALLAS – The Dallas Cowboys are adding another team member to the COVID-19 reserve list.

Rookie cornerback Nahshon Wright was placed on the list after testing positive for the virus on Tuesday.

McCarthy said he has been vaccinated but tested positive at the team facility during one of the regularly scheduled tests that take place twice a week. He has only mild symptoms.

“I got a bit of a sore throat, I thought it was just a game transfer. So, I mean, nothing. I guess it hasn’t happened to me yet when you talk to some of the other guys who have it Um so that’s about where I am now This is real This threat is very real Do everything you can to protect yourself and your family I moved to the hotel on Friday just because I felt like it was working among us, especially on the coaching staff. And I said to them, ‘Hey, if it can get me, it can get anybody.’ I’d like to think I was super careful and careful, but I just think it shows you the danger of the pandemic and the virus,” he told reporters in a virtual interview.

Coach McCarthy said several of his family members have also tested positive for COVID-19, despite moving into a hotel room a few days ago.

In total, 12 Cowboys players and coaches have missed time in the past two weeks due to COVID-19.

Recipient Amari Cooper will disappear from the list in time for Thursday night’s game in New Orleans. McCarthy and the others will miss the game.

Defensive Coordinator Dan Quinn will act as head coach. He spent more than five seasons as a head coach in Atlanta.

They infect coaches and players need two negative tests before they can return.