By Paul Osborne for the Australian Associated Press

Deputy Prime Minister Barnaby Joyce says it is important not to lose sight of how to pay for health and welfare when voters go to the polls on 21 May.

The forthcoming federal government will have a role in assessing at least three coal mines in Queensland.

Renewable energy and the phasing out of fossil fuels are key issues in many seats, with a new wave of independents arguing for a stronger effort to reduce CO2 emissions. 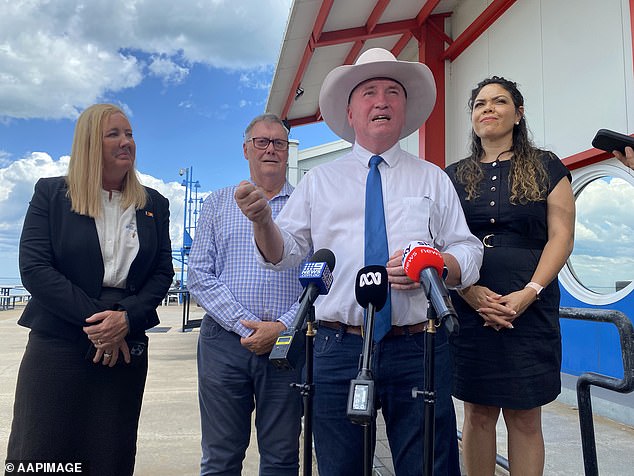 The Greens also aim to gain a number of new seats in the Senate by campaigning for more ambitious climate efforts.

By throwing his support behind more coal development, Mr Joyce said a coalition government would invest in “the things that make us money”.

“Medicare and social security must be paid,” he told Seven Network on Monday.

‘We are the side that is brave enough to say that we make it from iron and coal and gas, and if we lose sight of it, we will not make the money that can support all the vital economic and social infrastructure, that is so important for this nation. ‘

Prime Minister Scott Morrison warned that a vote for the so-called blue-green independents was a vote for instability.

“You just do not know what you’re getting,” he told reporters in Perth.

‘The great risk of voting for an independent in one of those competitions is that one throws Parliament into chaos and insecurity.’ 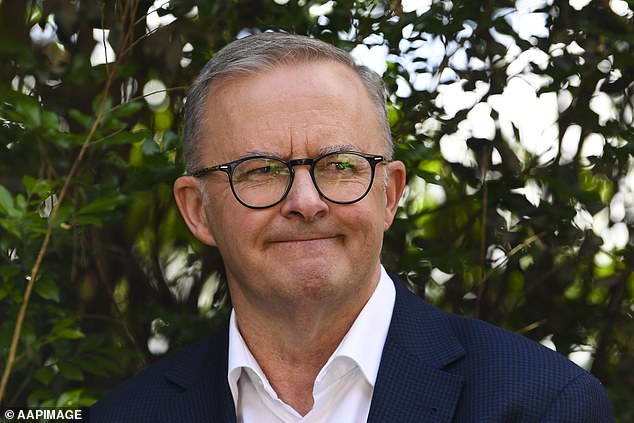 Opposition leader Anthony Albanese (pictured) said his party’s position on mine development was clear. If coal mines “stack up” environmentally and commercially, Labor would welcome the jobs new mines would create

Morrison, who is due to speak to the mining industry in Perth on Tuesday, said he would continue to support the industry.

“That’s why I’m always here (in WA), trying to make sure we cut back on bureaucracy and green tape, which can frustrate the resource industry,” he said.

Labor leader Anthony Albanese said his party’s stance on mine development was clear.

“You have appropriate environmental approvals, and if coal mines stay environmentally and then commercially, which is a decision for the companies, then they will be approved,” he told reporters in Brisbane.

‘Labor would welcome all jobs that would be created from it.

‘It is important because of the way the (environmental protection) law works that we do not prejudge the environmental approval process and that it can take place independently of state intervention, because that is what the law requires.’ 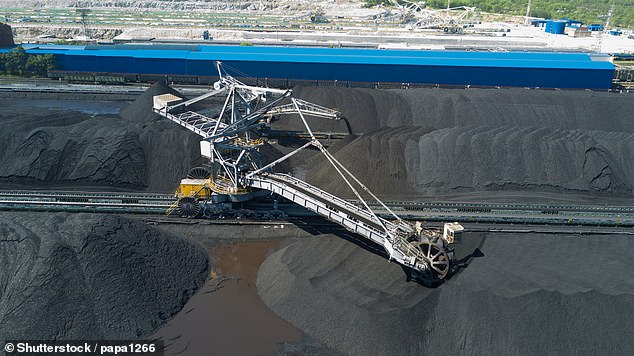 “This is a government that actually doubled the debt before COVID-19 hit,” she said.

‘The Morrison Government and the Howard Government are the two most burdensome governments in the last 30 years.’

She said the Morrison government had admitted that low wages were a deliberate design element in its economic management.

‘We want to lift that burden (cost of living) to ensure they have good jobs and a pay rise and cheaper childcare and cheaper health care and an easier life.’

The leader of the Greens, Adam Bandt, said the decision on three new coal mines in Queensland’s Galilee basin would be a key test for the next government.

“If you open new coal mines, you’re not serious about the climate,” he said.

The Pre-Election Economic and Fiscal Outlook, which provides independent updated information on the economy and budget ahead of the election, is due out this week. 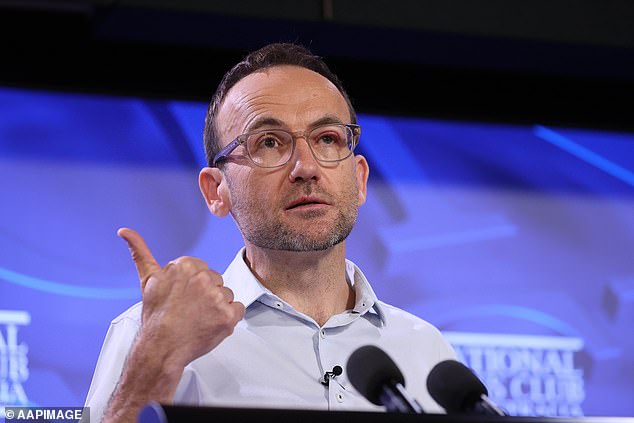 The leader of the Greens, Adam Bandt (pictured), said the decision on three new coal mines would be a key test for the next government.