Deputy Ned Byrd was found along an area of ​​Battle Bridge Road with open fields on either side. WRAL News cameras captured officers escorting the deputy’s body from the scene.

On Friday, the police and the judiciary of several authorities were looking for the shooter. They were stationed along Battle Bridge Road near Auburn Knightdale Road and the River Ridge Golf Club before 2 a.m. 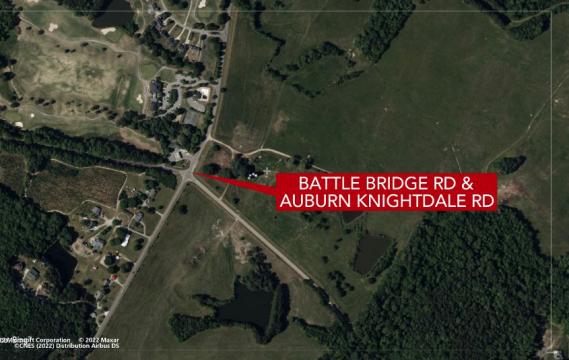 At a news conference around noon on Friday, Sheriff Gerald Baker said a series of phone calls on Thursday night brought Byrd and his K-9 partner to the scene.

“We believe he may have come into contact with someone and got out of his car to check for suspicious activity,” Baker said.

Byrd’s K-9, named Sasha, was still in the vehicle, indicating that Byrd may not have seen what he initially encountered as a major threat, according to Baker, because he didn’t need his partner. Baker says Byrd didn’t ask for backup either.

“So again, that lets us know he wasn’t in need of support,” he said.

According to Baker, Byrd did not call the radio for help after he was shot. Emergency services arrived only after Byrd failed to respond long enough to decide to monitor his well-being. Byrd would have died after 11 p.m.

There are CCTV footage of the vehicle that authorities are using to aid in the investigation. 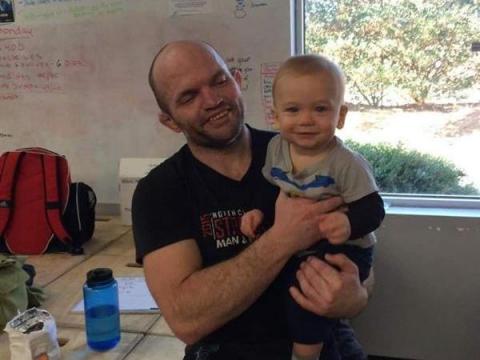 Byrd was a 13-year veteran of the Wake County Sheriff’s Office. He had served as a member of the K-9 unit for about 5 years. Before that, he worked for a long time as a detention officer in Wake County.

“He loves to serve and protect his country,” Baker said. “He was always in a good mood and cheerful.”

“We will find out who is responsible for this loss, even amid the pain and the pain,” Baker said.

Limited information was available about the shooting, but a manhunt for the gunman was underway in the area.

The deadly shooting comes just 10 days after a Wayne County deputy was shot and killed in an hour-long standoff. A funeral was held on Tuesday for Sgt. Matthew Fishman, a husband and father of two.

On July 23, a Sampson County deputy, Caitlin Emanuel, was shot while responding to a stolen vehicle. She is recovering at home.

On August 1, three Wayne County deputies were shot while serving involuntary commitment papers, including Fishman, who died. The other two deputies are still recovering.

On August 10, a Caswell County deputy was shot multiple times while serving domestic violence papers. He was last reported to be in critical condition.

A retired deputy, Sgt. Brad Kirby spoke to WRAL News on Friday about the alarming frequency of officer deaths. He suspected that the shooter was on bail for committing another crime.

“There is clearly a mental health problem,” Kirby said. “In my opinion, I don’t think there’s much responsibility left. If you have suspects on bail for another crime and then they shoot a cop just a few weeks after they get out of jail, that is a problem.”

WRAL Data Trackers found that there have been 11 incidents in NC this year in which an officer was shot and injured or killed, including five in August. Nationally, the database shows at least 222 officers killed or injured in shootings this year.

According to the Officer Down Memorial Page, a website that tracks law enforcement officers who have died on the job, the number of officers killed by gun violence this year has increased by 14% compared to last year.

As with statistics for gun violence cases that do not involve officers, most incidents are reported in the warmer months of the year.

Kirby also shared his concerns about staffing issues and how that could affect safety.

“When it comes to safety, we always believe in safety in numbers,” he said. “The climate officers are now facing them, they’re not getting any jobs at all. Do you really want to go to work when you’re pretty sure you won’t come home? The risk is too great now.”

Gov. Roy Cooper said the state is providing resources to help search for the suspect, and says we must do everything we can to support law enforcement officers who are risking their lives to keep us safe.