The doctor at the center of a lawsuit against a Fort Worth hospital for treatment with ivermectin has been suspended from a Houston hospital where she worked.

dr. Mary Talley Bowden – an ear, nose and throat specialist – was temporarily suspended Friday for spreading false information about COVID-19. She had been given provisional privileges to practice at Houston Methodist Hospital, the Houston Chronicle reported.

The hospital said in a written statement that Bowden posted harmful personal and political opinions about the coronavirus and vaccines that “[did] do not reflect reliable medical evidence.” Houston Methodist cited “unprofessional conduct” as the reason for the suspension.

News of her removal came the same day as an appeal was filed in a legal battle over whether Bowden will be allowed to administer ivermectin, a drug used to treat parasitic worms, to a COVID-19 patient at a hospital in Fort. worth.

Jason Jones, a Tarrant County sheriff, was hospitalized with the virus at Texas Health Huguley Hospital Sept. 28 and then placed in a medically induced coma Oct. 7, according to court documents.

His wife, Erin Jones, is suing the hospital for giving him ivermectin, Bowden, whom she came in contact with online.

Bowden testified in the lawsuit that she has given hundreds of COVID-19 patients the drug, which has not been approved by health regulators for the treatment of coronavirus.

Bowden said she wrote a prescription for ivermectin, which the hospital “refused” to administer after Jason Jones failed to respond well to other treatments and the 48-year-old’s condition worsened, according to court documents.

Bowden testified that she believed he would have “a good chance of survival” if he was given the medication.

Huguley officials objected that ivermectin would be medically inappropriate for Jason Jones.

Ivermectin tablets are approved in some doses to treat parasitic worms in humans, but are not authorized or approved by the Food and Drug Administration for the prevention or treatment of COVID-19, according to the FDA’s website. The drug is used in larger doses to deworm livestock, such as horses and cows.

Bowden told KXAS-TV (NBC5) last week that she “didn’t start prescribing ivermectin blindly.” She “monitored the FDA study when ivermectin was originally approved for human use.”

“I have enough clinical experience to safely say what I’m doing is what I should be doing,” the doctor said. “I think it’s just criminal what these other doctors don’t do, and it will go down in history.”

In the lawsuit, Bowden said she was not concerned about the potential side effects of the drugs she prescribed Jason Jones, including ivermectin and several other drugs.

Health authorities urged people to stop taking ivermectin after misconceptions spread about its effectiveness in fighting COVID-19. Abuse of the drug can cause nausea, vomiting, diarrhea, low blood pressure and allergic reactions. 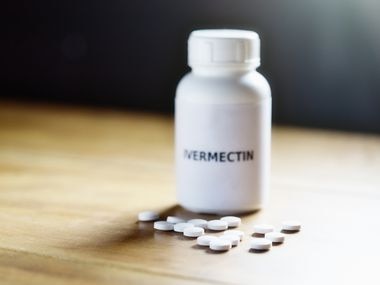 The Texas Department of Health and Human Services issued a similar warning in August saying the drug cannot treat viral infections such as COVID-19, and the Texas Poison Center Network said calls from people linked to ivermectin have increased.

An initial injunction issued Nov. 8 by a court in the case is said to have granted Bowden temporary privileges at Huguley Hospital, allowing her to treat Jones — similar to the Houston Methodist settlement.

Huguley has since appealed that ruling and the injunction now lies with the Texas 2nd Court of Appeals. Arguments can be reviewed by the courts as early as this week.