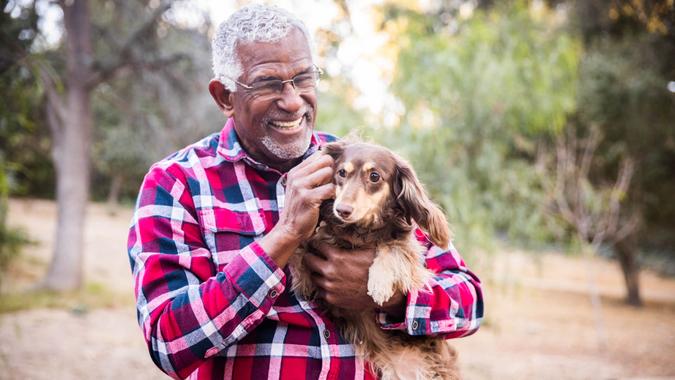 The pandemic has brought financial hardship to millions of Americans and also revealed a section of the population that does not rely heavily on Social Security benefits.

See: You Should Check Your Social Security Balance Regularly – Here’s Why
Find: U.S. workers get less Social Security and less paid time off than workers in other countries

The Seattle Times reports that many people chose to retire early during the pandemic, but surprisingly decided to delay taking Social Security benefits.

According to the Social Security Administration, the number of workers who filed for Social Security benefits in the 12 months ending September fell 5% from the same period a year earlier, the largest drop in nearly two decades. Over the same period, the number of workers retiring between the ages of 65-69 has actually increased by 5%, the Washington Post reports. While it’s unclear how many of those who took early retirement delayed Social Security benefits, the sudden drop shows an unusual trend for retirees.

During the pandemic, the US retiree population grew by about 3 million; this is double what would have been expected given pre-pandemic trends, adds the Seattle Times. Concerns about contracting the virus and the lack of childcare facilities have likely made it easy for millions of Americans to choose to retire early rather than take on the added risks of continuing to work.

Older Americans appear to have followed the trend during “The Great Resignation,” which saw workers of all ages leave their jobs en masse, creating historically tight labor markets in nearly all major industries.

The pandemic also created a pleasant financial climate for seniors. Rising stock markets and a hyper-inflated housing market allowed older Americans to cash in on the bubble. This, plus the added benefit of federal incentive payments and other insurance programs such as unemployment, also increased the incentive to leave the job market altogether.

“Usually in economic downturns, we see a greater reliance on Social Security programs, and we thought this would be the pandemic,” said Lauren Hersch Nicholas, an economist at the University of Colorado in Denver who has studied the phenomenon. Seattle Times. “The claim numbers don’t show that at all.”

High net worth seniors were likely able to take advantage of a booming market and cash out to retire — which also appears to be the cause of the delay in claiming Social Security benefits. People who took precautionary retirement this year because of the pandemic and who had no intention of doing so for another five years or so also had the luxury of deferring benefits because they had no intention of receiving them.

This will be of great benefit to those seniors. At the earliest, a person can retire and claim benefits is 62, but at a reduced benefit. Those who retire at full retirement age, which is 66 or 67, depending on your birthday and years worked, will receive regular benefits. Those who defer benefits until age 70, the maximum age, will receive a whopping 30% higher check than those who receive benefits at age 62.

This means that this year’s retirees who have chosen to retire but are deferring benefits will have sufficient financial resources not to need federal benefits for support.

These benefit programs have now largely ended, meaning this segment of the elderly population is dependent on other sources of income.

More than half of Americans (54.5%) ages 55 to 64 have retirement accounts and three-quarters (74.1%) own a home as of 2019, the most recent date for which data from the Federal Reserve is available . This suggests that, at least for more resourceful Americans, they are becoming less dependent on Social Security benefits for retirement.

While 3 million Americans benefited from early retirement this year, for a larger majority, Social Security is the primary source of income for most older Americans. For about half of seniors, it provides at least 50% of their entire income, and for about 1 in 4 seniors, it provides at least 90 percent of their income, according to the Center on Budget and Policy Priorities. More than 64 million Americans receive Social Security benefits each month.

Georgina Tzanetos is a former financial advisor who studied post-industrial capitalist structures at New York University. She has eight years of experience in concentrations in asset management, portfolio management, private client banking and investment research. Georgina has written for Investopedia and WallStreetMojo.