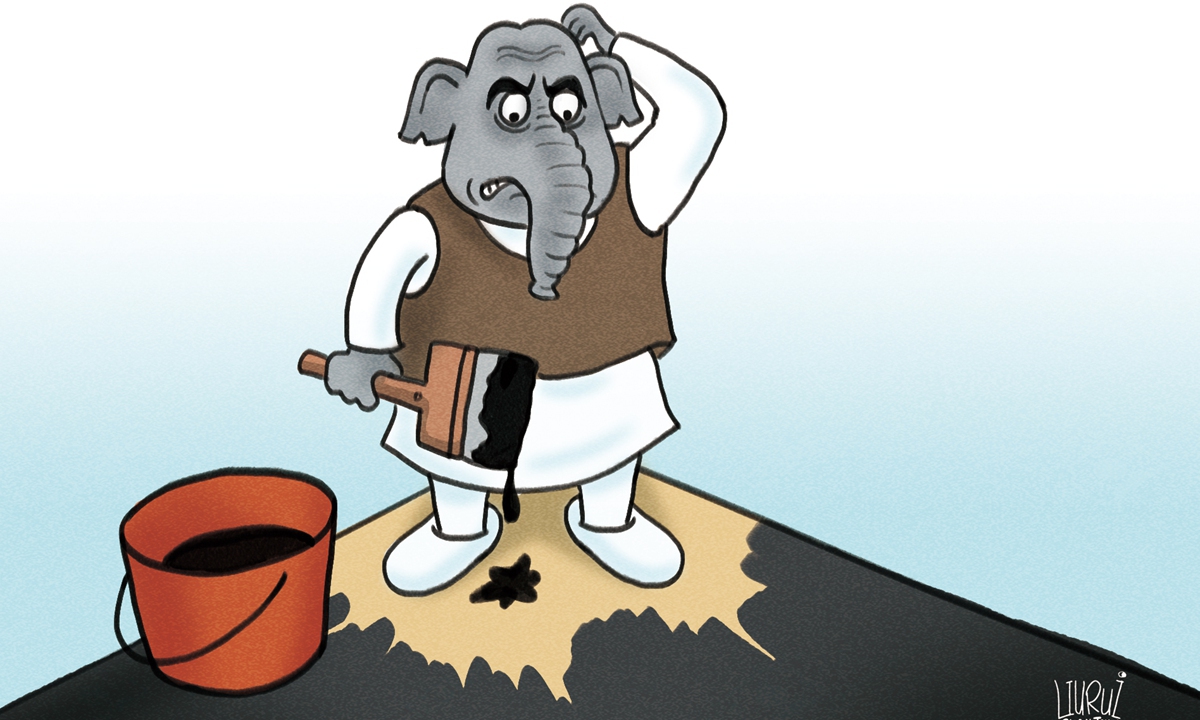 However, the recent official engagement by China and the US has given some positive signs of some improvement in bilateral relations. For India, this could represent a miscalculation, which worries some Indian scholars.

A recent article published in the Indian media outlet The Tribune states that “a renewed US engagement with China would mean diminishing the influence New Delhi hopes to exert over the alienation between the US and China.”

In addition, the US, UK and Australia formed a trilateral security partnership last month called “AUKUS”, a pact that does not consist of Japan and India, two other Quad members. This has put these two members of the Quad in a rather uncomfortable position. All of these lead to a question: Is New Delhi’s strategy headed in the wrong direction?

Manoj Joshi, the author of the above article and a leading fellow at the India-based think tank Observer Research Foundation, explained to the Global Times that the Indian strategic community has misjudged China-US relations to some extent. According to him, there is insufficient understanding of the deep trade and investment ties between the US and China. This in turn generates a substantial community of interest between the two.

Lan Jianxue, director of the Asia-Pacific Studies Department at the China Institute of International Studies, also agreed that India has misjudged the relationship between China and the US. In his opinion, New Delhi would have mistakenly believed that Beijing cannot handle Washington’s endless oppression and containment and will eventually surrender to it. And this misjudgment has made India’s foreign policy move away from the diplomacy of non-alignment to which it has clung for decades.

But New Delhi should not even think about and take advantage of the deteriorating relations between China and the US to exert its influence in the first place. “India’s strategic orientation is wrong. The deterioration or some degree of tension in China-US relations does not necessarily mean an increase in Indian influence,” Lan said.

The result of India’s misjudgment could be tangible. As a result, New Delhi may not only overestimate its own strength, but also misinterpret China’s intentions.

Nevertheless, Joshi believes that India does not need to adjust its relations with China or the US. According to him, India may have hoped to exploit the alienation. But that’s because of a lack of understanding of the new level of China-US relations, which, as the Biden administration says, is “strategic competition” and not “strategic conflict.”

Whatever term the US government uses, Washington will not easily let go of its containment policy on Beijing. This means New Delhi will continue to side with Washington. But according to Lan, New Delhi will slow down its steps to blindly follow the US. “Indians have seen Washington constantly betray and abandon its allies and partners, especially in Afghanistan. Therefore, they can now rethink its strategy to see if India’s determination to side with the US will bring any good to national interests.” of the country,” he said. commentary.

On the issue of AUKUS that concerns India, Joshi agreed that the rise of the AUKUS will limit the Quad’s space to play a role in the region. “If policymakers in India thought the Quad would be the leading US group in the Indo-Pacific, they are wrong. It has now been relegated to a distinctly secondary role,” he said.

Lan argued that both the AUKUS and Quad will remain instruments in Washington’s foreign policy. According to him, they will play their role accordingly to serve the various geostrategic interests of the US. However, the only difference between the two mechanisms is that the US has more confidence in the UK and Australia. After all, both are core allies of the US. Countries like India are more difficult to control. “New Delhi may welcome the AUKUS and see it as a new asset against Beijing, but it must also understand Washington’s mistrust,” Lan said.

The author is a reporter for the Global Times. [email protected]