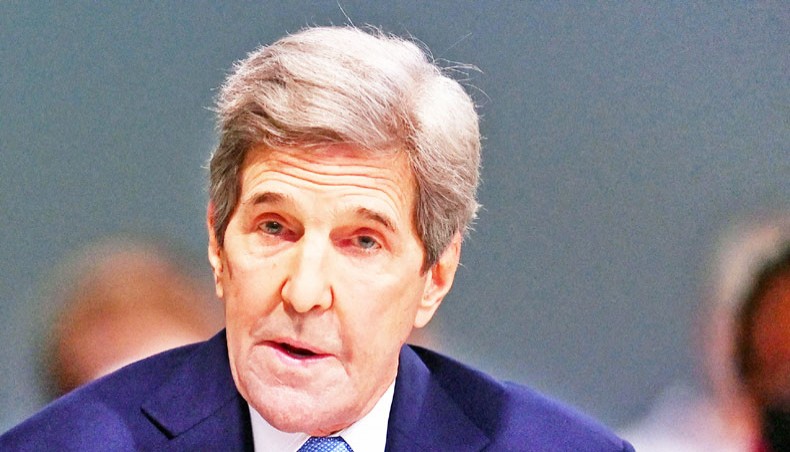 United States climate envoy John Kerry expressed hope Friday that Beijing and Washington would cooperate more closely on the climate emergency after they signed a pact to accelerate action on greenhouse gas emissions.

Speaking at a forum in Singapore, the former secretary of state emphasized cooperation – even as rivals spar over other hot spots, such as Taiwan.

“I hope that our partnership will increase data sharing, increase options sharing and start us engaging in a very important dialogue with the top leadership of both our countries,” Kerry said at the Bloomberg New Economy Forum.

“China agreed to work with us to draft an ambitious – and those are the words – ambitious national action plan, which China should submit and start acting against COP 27 in a year,” he added. ready.

In addition to cutting methane and carbon dioxide emissions, the plan announced in Glasgow between the US and China will also prompt the world’s two largest polluters to improve measurement and mitigation in the fossil fuel, waste and agriculture sectors. particularities.

Earlier this month, about 100 countries joined an initiative to cut methane emissions by at least 30 percent this decade, but China was noticeably absent.

Methane is considered the second most important greenhouse gas after carbon dioxide. While it can be naturally released and absorbed by the Earth, its emissions have skyrocketed with industrialization and the expansion of agriculture.

Kerry described methane reduction as “the biggest and fastest move we can make to tackle this problem.”

But Beijing has yet to specify exactly how it plans to achieve these goals, and environmentalists have warned that China could essentially continue to increase emissions until 2030.

The agreement between China and the US came as a surprise on the sidelines of the COP 26 climate summit, and the world’s two largest economies will set up a working group and meet regularly.

US, China need technological and economic competition, not confrontation

US accused of double standards on non-proliferation