One in five Dallas residents does not plan to get the COVID-19 vaccine, according to a new study published this month in Scientific Reports.

More than half of these people say nothing will convince them. Even the assurances of relatives or their doctors were “unlikely” to be conclusive.

Researchers conducted a comprehensive survey of more than 6,000 people across the country in mid-April this year, along with the same survey in four major US cities: Dallas, New York City, Los Angeles and Chicago.

Vaccine refusal by such a large segment of the population is “one of the problems we will have in ending this pandemic,” said Jeffrey Lazarus, a professor at the Barcelona Institute of Global Health at the University of Barcelona in Spain and co – author of the study.

As Thanksgiving approaches, “I think we’re going to see a spike in cases, and it’s going to be mostly among the unvaccinated,” he said.

While people of all levels resist vaccination, those who are unwilling tend to be lower-income and lean conservative.

The findings are largely in line with other public opinion polls, with one exception. The latest study found that race was not a consistent predictor of vaccine hesitation, contrary to previous findings that black communities may be less willing to vaccinate.

“These findings caution against demographic generalizations regarding vaccine acceptance,” the study reported. “Stereotyping racial attitudes could even lead to the disenfranchisement of communities of color that are increasingly motivated to participate in vaccination programs.”

The study was interesting because it compared major metropolitan areas and the national average, but “there was nothing here that I found remarkably surprising,” said Austin Baldwin, associate professor and chair of SMU’s department of psychology. Baldwin was not involved in the investigation.

“People who are more politically conservative are more likely to hesitate,” he said, pointing to the recurring polls published by the Kaiser Family Foundation, or KFF, a nonprofit in the US.

KFF reported in late October that nearly 40% of Republicans in the US still haven’t gotten a chance. As a possible result, conservatively oriented states are now seeing a higher proportion of COVID-19 deaths.

Lazarus, the study’s co-author, points to “mixed messages we’re getting, including in Texas” by political leaders as a potential problem. “If all political leaders came out and said they support the vaccine, that would certainly help.”

dr. Jerome Adams, who served as US Surgeon General during the Trump administration, recently spoke at SMU, speaking about the hesitancy about vaccines. Many hesitant patients would move on if their questions were answered by someone with compassion and confidence, he told The News. But they will close if approached too aggressively, especially with a political leaning.

“We need Trump people and Biden people to get vaccinated,” he said. “We have to involve them all.”

In an emailed statement, Matt Rinaldi, chairman of the Republican Party of Texas, said: “The Republican Party of Texas believes that neither the government nor employers should force individuals to receive the COVID-19 vaccine. After weighing the specific risks and benefits, which vary widely by age and health status, the acceptance of a vaccine should always be left to the individual. Some Texans choose not to get the COVID-19 vaccine because of the potential side effects. That choice must be respected. Other Texans believe the benefits outweigh the risks. That choice must also be respected.”

The Texas Medical Association has endorsed current COVID-19 vaccines as safe and effective. The organization is conducting an effort called Vaccines Defend What Matters, which aims to address vaccine hesitancy and increase vaccination rates in Texas. According to the association’s COVID-19 Vaccine Fact Sheet, “Of the billions of vaccines already given, few cases of serious side effects have emerged.”

At the same time, the survey indicates that the average American citizen doesn’t exactly trust his or her government, Lazarus said. Many ignore statements from political or medical institutions, relying instead on misinformation they discover online that cast doubt on the safety and effectiveness of the vaccines.

For example, the study found that conservatives, both across the country and in Dallas, are more likely to believe the vaccines don’t protect against COVID-19, a largely false idea, Lazarus said.

“Nobody ever said the vaccine was 100%,” he said. “Airbags and seat belts don’t stop every injury. This is about damage limitation. The vast majority of cases are prevented and symptoms are reduced.”

Social media is also likely to exacerbate how political divisions lead to differing perceptions of the vaccines. “There are almost different realities,” Baldwin said, “and certainly different ecosystems of information that people look at.” 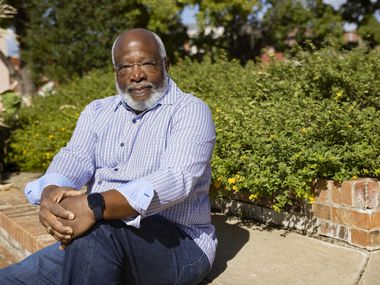 There are also less tragic twists and turns that can prove to be effective.

“If I know people I trust who have been vaccinated, and I see that behavior as more normative, that can change someone’s mind,” Baldwin said. “People are very social. We respond very well to that kind of normative information.” Someone frigid at the idea of ​​getting vaccinated may warm up if those they trust begin to voice their support or emphasize the vaccine as a cure for the current public health crisis.

This is arguably an advantage of vaccine mandates. “It doesn’t just oblige you to get it somehow,” Baldwin said. “It can also reinforce that this is okay. People I work with and trust get it.”

“If everyone in the US were masked and vaccinated in the next two weeks, the pandemic in the US would be largely over. We have been vaccinated for up to 5 years now. No one would get infected again,” Lazarus said.

However, vaccinating children poses another barrier to widespread vaccination that the study failed to examine: parental hesitation on behalf of their children. “That’s going to be a very different kind of decision,” Baldwin said.

Jordan Wilkerson is a science writer with a Ph.D. in chemistry from Harvard University. He was an American Association for the Advancement of Science fellow at The Dallas Morning News.

As Allegany County sees COVID-19 spike, less than half of residents have been vaccinated