A man from China is cycling across the United States to increase awareness and support for Hong Kong, while protesters in the country are fighting for autonomy from China. He reached his stop in Minneapolis on Saturday, but not without some obstacles along the way.

MINNEAPOLIS (FOX 9) – A man is cycling across the United States to raise awareness and support for Hong Kong while protesters in the country are fighting for autonomy from China.

Alex Lee grew up in a small town near Beijing, where he saw things that have nurtured a lifelong desire to create change for his people. On Saturday, the 37-year-old passed through Minneapolis.

“People need to be respected [to] live as a human being, not as slaves, “Lee said.” There are quite a few people living in China as slaves. The Communist Party censored them. “

Currently, Lee is halfway there his mission to create awareness on the situation in a push for freedom, democracy and improved human rights in Hong Kong.

Along the way, he gives speeches in local communities and conducts interviews with local journalists to spread the message. He left Los Angeles in July 2021 and plans to end up in Boston. But as they passed through North Dakota on September 20, 2021, those plans were suddenly in jeopardy.

“A drunk driver hit me from behind,” Lee said. “When I woke up in ice in Grand Forks, I did not even know what was happening. A nurse told me that.”

The accident left Lee on the sidelines for several months and he had only just gotten back on the road last week.

“The right side of my back still feels painful,” Lee explained. 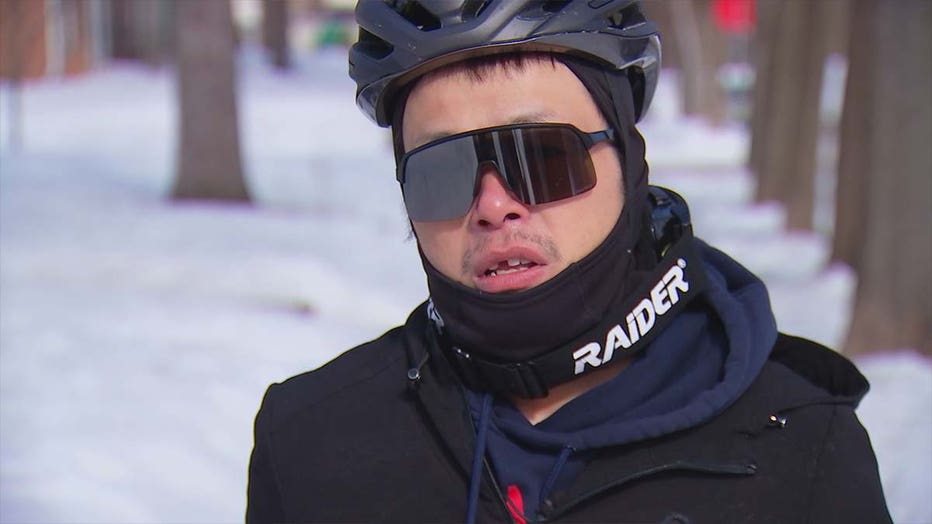 During his stop in Minneapolis, Alex Lee spoke to FOX 9 about his bike ride across the United States to raise awareness and support for protesters in Hong Kong. (FOX 9)

This weekend, he reached Minneapolis.

Next, he continues to Green Bay. Injuries from the crash slow him down, but he still hopes to complete his mission by April.

“We are much stronger than we think,” Lee concluded.