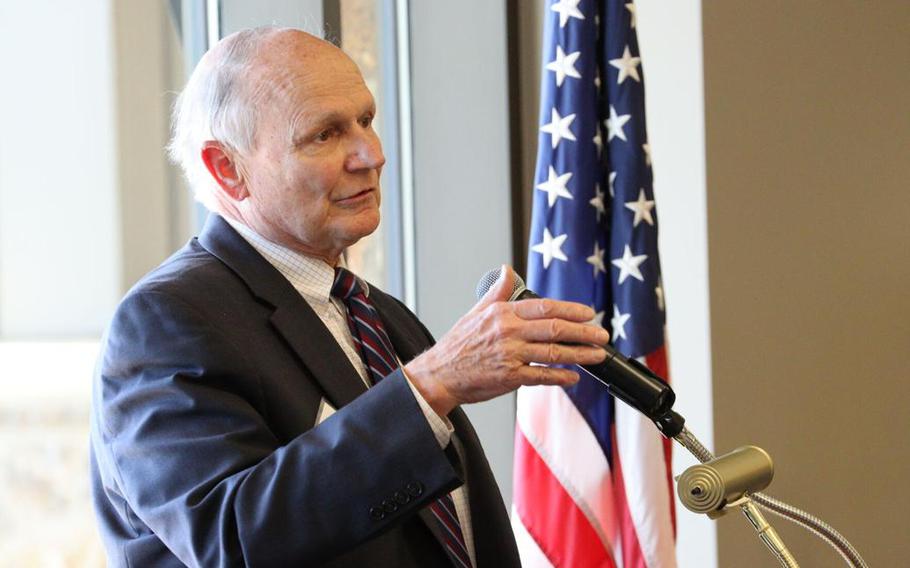 He made the comments during the National Security Strategic Studies Partnership’s first workshop on the Air Force Academy’s Eisenhower Golf Course.

The former Air Force Material Command commander said China has become a global power largely because US military might in the Pacific region provided security to the region, allowing the Chinese government to focus on building military, economic and political power after World War II. He asked whether the Chinese Communist Party would use China’s growing power for its own benefit or for the Chinese people.

While the past three presidential administrations have attempted to shift the country’s strategic focus from Europe to Asia, Martin said the country’s national security strategy has not changed to reflect that change.

Each government’s emphasis on national security, prosperity and the value of the international order is “strikingly similar” and the nation’s laws and policies reflect no change in focus.

“During the Cold War, we knew what the challenge was – the Soviet Union and communism – but today we haven’t defined what challenge we face and what problems it has created,” Martin said.

“Rarely do countries share the same values ​​and national interests, so they have to determine what they want to give up in a negotiation. Our negotiating strategy has usually been to give up more than we get. That no longer has to happen – there must be fairness in every negotiation.”

Martin, an Air Force Academy graduate who lives in the Colorado Springs area, warned against basing national security decisions on emotional responses rather than a clearly defined long-term plan based on the country’s strategic goals and priorities. Emotional reactions undermine allies’ confidence that the US will deliver on its commitments and stand by them during a crisis or conflict, he said.

Funded by the Anschutz Foundation, the National Security Strategic Partnership includes the academy, UCCS and CU-Boulder to give students and faculty from the three campuses the opportunity to study key strategic national security issues in twice-yearly workshops. Those events will bring experts from government, think tanks, other universities and the private sector to discuss national security concerns in space.

(Note: The Anschutz Foundation is the charitable arm of Denver-based Anschutz Corp., whose Clarity Media Group owns The Gazette.)

US stops dozens of flights from Chinese airlines

US stops dozens of flights from Chinese airlines