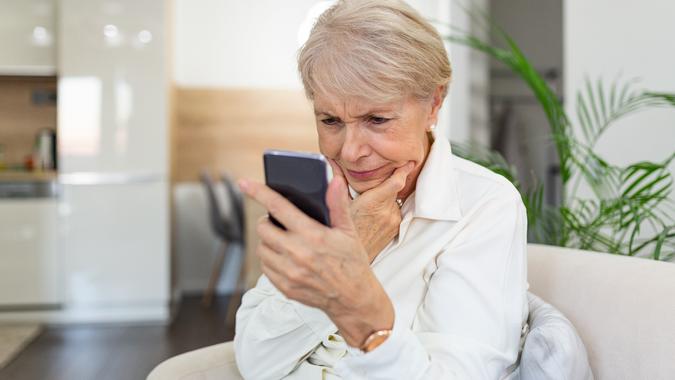 IRS and Social Security scams have been on the rise of late, exacerbated by the use of stimulus checks and new IRS rules as excuses to convince people to give up their money.

Recently, a woman in Naples, Florida reported that she was almost scammed on the phone by someone claiming her information was being used to open bank accounts, and that she had to download a specific app to give them access to her phone to help, reported ABC. The criminals also asked her to move all the money from her bank account to Bitcoin. Bitcoin and other cryptocurrencies are notoriously used for crimes because their owners and movements are difficult to trace.

Fortunately, although the woman actually went through with it, just before she clicked “send” a fraud warning appeared warning her of the danger.

This kind of Social Security scam has become so common that the FTC has issued a statement.

“This is happening in your community,” said Monica Vaca, Associate Director of the FTC’s Department of Consumer Response and Operation. “What these scammers are trying to do is they are trying to induce a state of fear. They try to make you feel very panicked,” ABC reported.

Retirement warning: 4% rule is ‘no longer feasible’ – how seniors should adjust to inflation

Social Security scammers try to defraud humble seniors by calling them and creating a sense of urgency around “bills to be paid” or money owed in general – which in reality doesn’t exist.

Neither the IRS nor the Social Security Administration will ever call you about amounts owed without prior written notice. This also means that whatever your particular problem is, the agency contacting you will deal with it specifically as stated in the letter addressed personally to you.

Learn: Amazon Scammers Stole $27 Million in One Year – Here’s How to Protect Yourself
Beware: Pandemic-related scams have cost consumers more than half a billion to date

If someone who claims to represent one of these agencies contacts you out of the blue, it’s best to just hang up and report it to the FTC.

Georgina Tzanetos is a former financial advisor who studied post-industrial capitalist structures at New York University. She has eight years of experience in concentrations in asset management, portfolio management, private client banking and investment research. Georgina has written for Investopedia and WallStreetMojo.

Automatic Supplemental Security Income: Will You Receive a Check for $1,657?