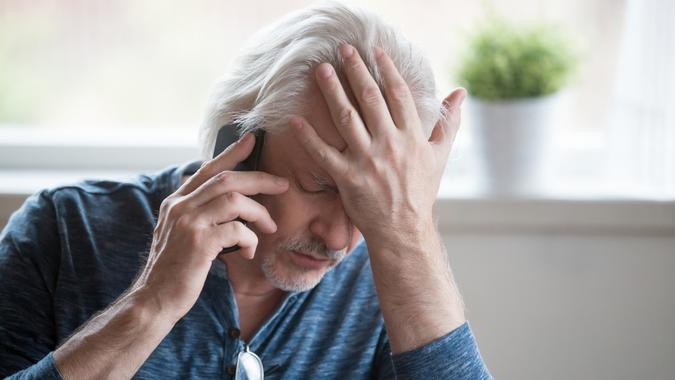 The Social Security Administration recalculates Social Security benefits annually to keep pace with inflation. The cost of living is based on the consumer price index for all urban wage earners and white-collar workers for the third quarter of the year. The increase will be announced in October and will take effect with the December payment, which will be paid in January of the following year.

See: 3 Ways Inflation Will Affect Your Social Security COLA Increase This Year And Beyond
Find: 7 Surprisingly Easy Ways to Reach Your Retirement Goals

The 5.9% increase for 2022 was announced in October 2021, when inflation was below its level so far in 2022. The CPI-W is up 9.8% over the past year. While next year’s COLA won’t be calculated until after the third quarter ends on September 30, The Senior Citizens League, based on inflation trends seen so far in 2022, predicts a 10.5% adjustment for 2023. That would an additional $175+ in retirees’ pockets, based on the average benefit of $1,668 per month, Newsweek reported. However, if inflation rises faster than expected, COLA could reach 11.4%. If it stays the same or cools down a bit, the COLA would still be a hefty 9.8%.

But that news may not be as good as it sounds to many seniors. There are a few downsides to such a large COLA increase, as reported by Newsweek.

To see: Take These 7 Important Steps To Retire A Millionaire Today

For those close to one of these lines, a big COLA increase could push them over the edge. Unexpected tax bills can cause undue stress to seniors and ultimately these individuals would not get any additional income from the COLA increase.

Even double-digit increases will only keep up with inflation

COLA increases are intended to help seniors pay their bills in the face of rising prices, but if inflation continues at its current pace, the annual increase may not be enough. Newsweek reported that it would only help seniors survive amid rising prices.

Finally, the CPI-W is just one economic indicator to show whether prices are rising or falling. When it comes to senior spending, this may not be the best yardstick. The CPI-W only includes expenses paid by individuals who have hourly wages or administrative work and includes gas prices in the calculations. Since retirees don’t work and don’t commute to work — and some don’t drive at all — the number is less relevant than it is for working Americans. On the other hand, older adults face rising medical bills, with seniors spending double what younger people do on health care, according to Newsweek.

Could this new bill change the way COLA is calculated?

To make up for these shortcomings, Hawaiian Senator Mazie Hirono recently reintroduced the Protecting and Preserving Social Security Act. Among other things, the bill introduces ways to calculate COLAs to more accurately reflect the prices of items most important to seniors, including food, housing and medical care.

Discover: 10 States That Receive the Most Social Security
Discover: 6 Signs You Can’t Afford to Retire

In the meantime, however, seniors may have to struggle to cope with a record-high rise, which could lead to higher taxes and ultimately less retirement income at the end of the day.

Dawn Allcot is a full-time freelance writer and content marketing specialist who loves finance, e-commerce, technology, and real estate. Her long list of publishing credits includes Bankrate, Lending Tree and Chase Bank. She is the founder and owner of GeekTravelGuide.net, a travel, technology and entertainment website. She lives on Long Island, New York, with a veritable menagerie consisting of 2 cats, a rambunctious kitten and three lizards of varying sizes and personalities – plus her two children and husband. Find her on Twitter, @DawnAllcot.