Skip to content
HomeSocial SecuritySocial security: why police and teachers get lower benefits and how that could change 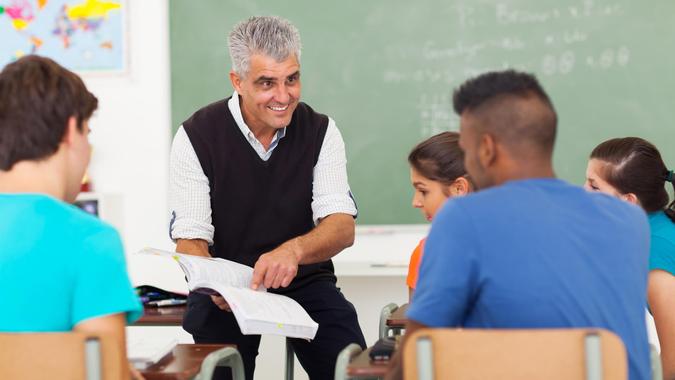 Millions of Americans who worked in public sector jobs could see an increase in their Social Security benefits in the future.

See: Can I Get Social Security at Age 62 and Still Work Full Time?
Social Security: Women Get $354 A Month Less Than Men — Here’s Why

On Sept. 20, a congressional committee voted in favor of a bill that, if passed, would overturn existing rules that reduce benefits for certain public workers — including teachers, firefighters, police and government employees. The bill, the so-called Social Security Fairness Act, has been submitted to the House of Representatives by the House Ways and Means Committee.

The WEP reduces Social Security checks for retirees who qualify for benefits based on previous work, but who simultaneously received a public pension from work not covered by Social Security. The GPO reduces partner benefits for surviving spouses who also receive state pensions.

Both rules would be repealed if the Social Security Fairness Act is passed, putting more money in the pockets of affected retirees.

But whether the bill will pass remains to be seen, as it would cost about $150 billion over 10 years per Emerson Sprick, a policy analyst at the Bipartisan Policy Center, who spoke to CNBC about the proposal.

The main problem with the proposal as it is is that it does not explain how it would tackle the Social Security solvency crisis. According to the Congressional Research Service, projections show that as early as 2035, Social Security will not be able to pay the benefits owed in full and on time.