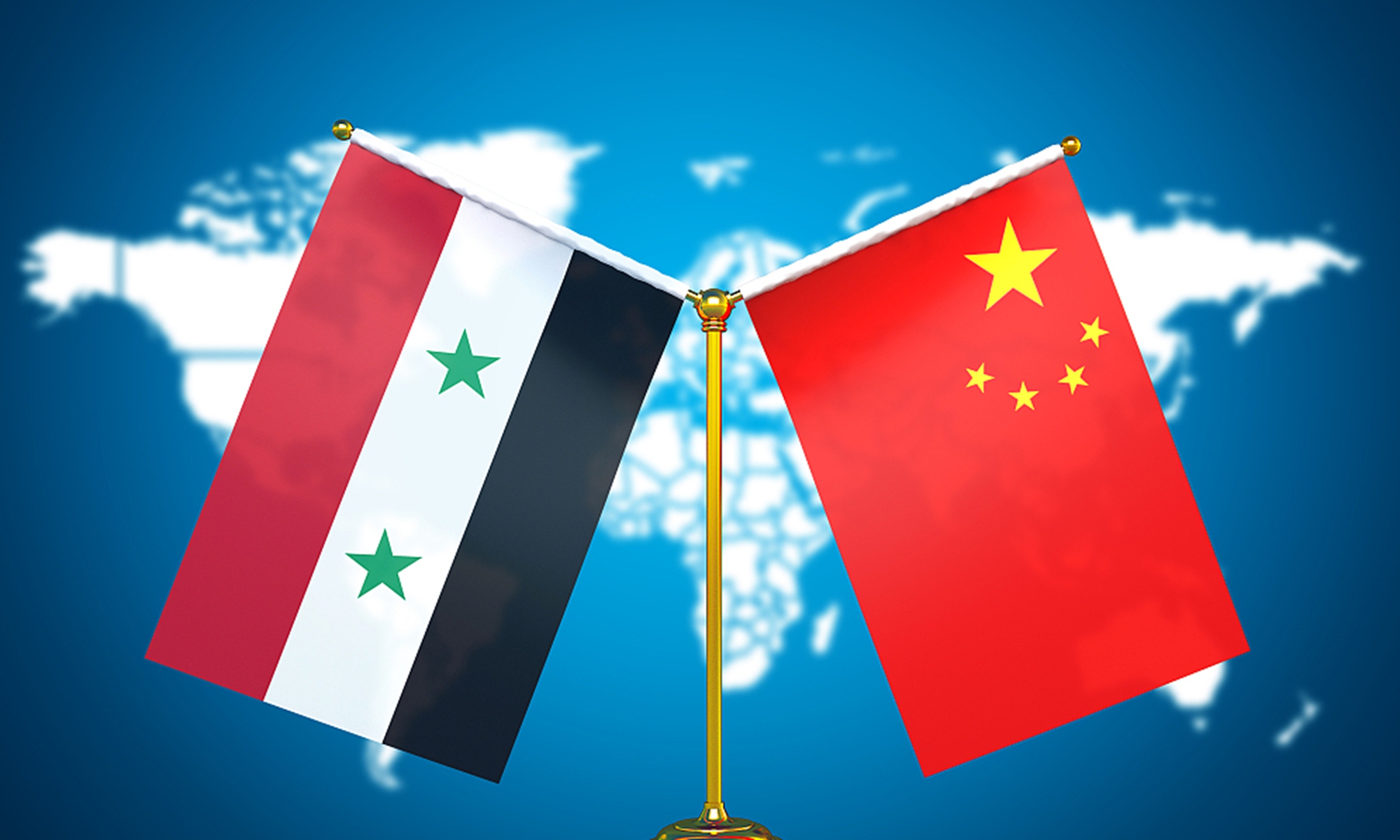 Syria signed a Memorandum of Understanding (MOU) on China’s Belt and Road Initiative (BRI) on Wednesday as the country pursues post-war reconstruction, demonstrating its strong political confidence in China, experts noted. The move came two days before the Iranian foreign minister’s planned visit to China – as part of the intensive visits to China by senior Middle Eastern officials this week.

The ceremony of Syria’s accession to the BRI took place at the Planning and International Cooperation Commission in the capital Damascus and was attended by Fadi Khalil, the head of the commission, and Feng Biao, the Chinese ambassador to Syria, during which both sides signed the MOU on Syria to join the BRI, the Xinhua News Agency reported.

Feng added that the cooperation between the two countries is the biggest contributor to Syria’s economic reconstruction and social development and also improves harmonization between the BRI and Syria’s proposed eastern strategy.

The ambassador said the BRI is in line with the world’s desire for broad economic participation, noting that the initiative has become the largest international collaboration platform in the world.

Syria had struggled with wars for the past decade, so the main task for the Syrian government was to protect national sovereignty. Now it has entered a phase of reconstruction, and the decision to sign the MOU with China at this point shows its sincerity and enormous political confidence in China, Yin Gang, a researcher at the Institute of West Asian and African Studies of the Chinese Academy of Social Sciences, the Global Times told on Thursday.

Yin noted that the Chinese government has always supported the Syrian government during wars, which also lays a good political foundation for cooperation between the two sides under the BRI.

Syria’s signing of the MOU on BRI came amid intensive visits to China by six other Middle East foreign ministers: foreign ministers from Saudi Arabia, Kuwait, Oman and Bahrain along with the Secretary General of the Gulf Cooperation Council (GCC) Nayef bin Falah al-Hajrah began a five-day visit to China on Monday and the foreign ministers of Turkey and Iran will also visit China on Wednesday and Friday at the invitation of the state council and minister of Foreign Affairs Wang Yi.

Yin said Wang Yi is expected to reiterate China’s support for Iran on the nuclear issue during a meeting with Iranian Foreign Minister Hossein Amir-Abdollahian.

The two sides would also discuss specific implementation of projects under the 25-year cooperation agreement, said Zhou Rong, a senior researcher at the Chongyang Institute for Financial Studies at Renmin University of China. “After Iran adopted a ‘Look East’ strategy, China’s investment and trade with the country surpassed that of Japan, South Korea and India. China never gives in to US pressure,” noted Zhou up.

Proposed by China in 2013, the BRI includes the Silk Road Economic Belt and the 21st Century Maritime Silk Road, with the aim of building a trade, investment and infrastructure network connecting Asia to other parts of the world along the ancient trade routes along the Silk Road and beyond.

“More and more countries joining the BRI amid the impact of the pandemic are saying that development and exchange are what the world wants to see. For Arab countries, economic development is a precondition for them to get out of the chaos that is being caused through wars, for which the BRI will be a good opportunity,” Wang Yiwei, director of the Institute of International Affairs at Renmin University of China, told the Global Times on Thursday.

Syria, long crippled by Western sanctions, is struggling economically and eager to rebuild amid an isolated situation in the international community. Cooperation with China under the BRI will revitalize Syria’s economy and help fight the pandemic, Zhou said.

Damascus is facing a severe power shortage, in part due to the lack of necessary infrastructure. Any infrastructure-focused aid to Syria will be a much-needed shot in the arm, Zhou said.

China has rich experience in providing support for post-war reconstruction. It has actively participated in Iraq’s economic reconstruction, making steady progress in bilateral friendly and practical cooperation in various fields. The two countries have supported and helped each other since the start of the COVID-19 pandemic.

In December 2021, Chinese companies signed deals to build 1,000 schools in Iraq, while 3.2 million school-age children in the war-torn Middle East are reportedly without access to education.

Failure of US strategy in the Middle East

The priority for countries in the Middle East is to beat the pandemic and revive their economies as soon as possible.

“China is not geographically close to the Middle East, nor does it harbor any political partners in the region. China is only trying to pursue equal cooperation and mutual development with all countries in the Middle East,” said Yin Gang.

China is a friendlier and more reliable country for all countries in the Middle East compared to the US. China has no enemies in the region, does not want to pursue a monopoly, does not impose additional conditions on cooperation with any country and would not take sides on regional issues, Zhou said. Rather, the US usually has its own strategic will behind its actions in the region, he added.

Chinese President Xi Jinping had a telephone conversation with Syrian President Bashar al-Assad in November 2021, in which Xi called for concerted efforts to defend international justice and justice and safeguard the common interests of developing countries.

China, he added, attaches great importance to developing relations between China and Syria and is ready to work with Syria to achieve greater results in bilateral friendly cooperation, Xinhua News Agency reported.

Xi said China strongly supports Syria in protecting its national sovereignty, independence and territorial integrity, and will provide Syria with as much assistance as its capacity allows to fight the COVID-19 pandemic, revive its economy and improve the well-being of the people, so that to continuously take the cooperation between China and Syria to a new level.

In China, the government is the economy
US-China rivalry takes place in remote Thai city
Comment