Four Cowboys players who tested positive for COVID-19 last month approved protocol on Tuesday and can join the team in full.

Offensive tackle Terence Steele is the only one of those four currently on the 53-man roster. Tight end Blake Jarwin (hip) is on injured reserve, wide receiver TJ Vasher (knee) is on the non-football injury list and wide receiver Robert Foster is on the practice squad.

Cornerback Nahshon Wright is now the only Cowboys player to be on Reserve/COVID-19.

Realistically, the third-round rookie could not practice until Saturday, making it unlikely that he will play in Washington on Sunday.

Steele’s activation brought the Cowboys players to 52 players on their 53-man roster. Defensive tackle Neville Gallimore (elbow) is expected to be fully activated from the injured reserve for Sunday’s game. If the defensive end is also Randy Gregory (calf), one player can be eliminated on Saturday.

Any player released is subject to waivers. If no club files a waiver for him, he will be eligible to re-sign on either the Cowboys roster or the practice squad Monday at 3 p.m. CT. 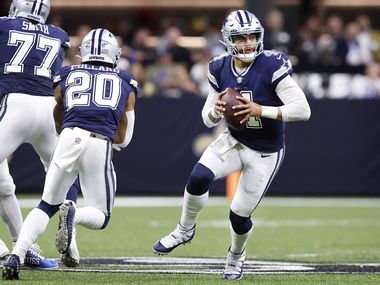