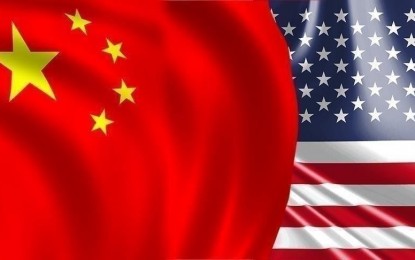 ISTANBUL – The pressing climate crisis has brought together global rivals China and the US in rare unity, with both pledging to use multilateral processes to avoid catastrophic consequences of the changing climate.

The deal was announced by China’s Special Envoy for Climate Xie Zhenhua and his US counterpart John Kerry on the sidelines of the UN climate conference in Scotland, which is set to end Friday.

“The US and China are committed to pursuing such efforts, including by taking enhanced climate actions that increase ambition in the 2020s in the context of the Paris Agreement, aiming to keep the above-mentioned temperature limit within reach and work together to address related challenges and opportunities,” the US State Department said in a joint statement with Beijing on Wednesday evening.

It said the “US and China recall their firm commitment to work together and with other parties to strengthen the implementation of the Paris Agreement.”

The world’s two largest economies are the largest emitters of carbon dioxide.

It came as a surprise to many, but experts had suggested that, alongside Afghanistan and Iran, climate was one of the areas where the interests of the world’s two largest economies converge.

Beijing and Washington have been at odds over the 2019 coronavirus disease (Covid-19), Taiwan, Hong Kong and the Uyghur human rights issue in Xinjiang.

The climate agreement on Wednesday turned out to be a rare example of unity.

The statement praised “significant efforts” being made around the world to address the climate crisis, saying: “There remains a significant gap between such efforts, including their overall impact, and those that need to be taken to achieve the goals of the (2015) ) Paris Agreement.”

“The two sides emphasize the crucial importance of closing that gap as soon as possible, especially by stepping up their efforts. They declare their intention to work individually, jointly and with other countries during this decisive decade, in accordance with the different national conditions, to strengthen and accelerate climate action and cooperation to close the gap, including accelerating the green and low-carbon transition and innovation in climate technology,” the statement said.

But some said the agreement contained few details about how and when the actions would be taken.

Speaking at the Glasgow conference, Xie said: “Both sides will work together and with other parties to ensure a successful COP26 and facilitate an outcome that is both ambitious and balanced.”

Kerry said the two countries “explained our support for a successful COP26, including certain elements that will foster ambition.”

“Every step is important now and we have a long journey ahead of us,” he added. (Anadolu)