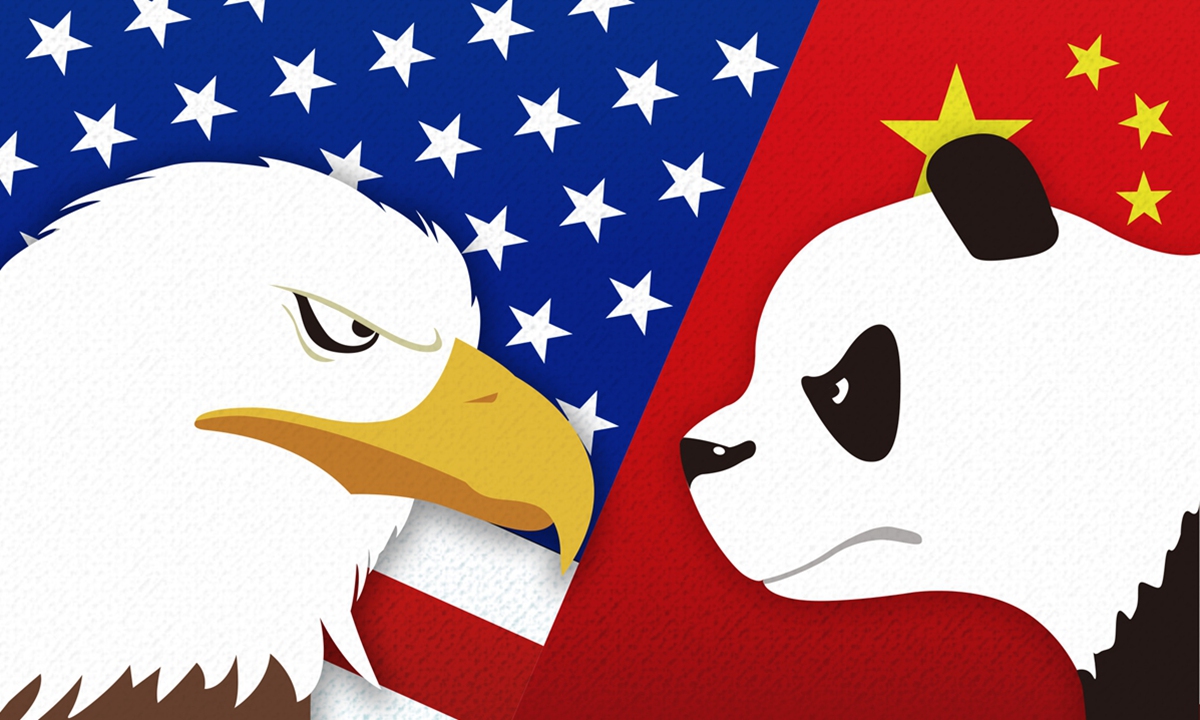 Washington has been in a rush lately. On the one hand, it must curb China’s high-tech development, and on the other, it aims to bring together a number of so-called democratic countries to establish a “democratic front” against China.

It appears that the Biden administration’s China policy is not much different from that of the Trump era, as US President Joe Biden still identifies China as his main strategic adversary and his global strategy is rapidly shifting toward this focus.

Americans don’t seem to accept Biden’s policies, however, because they are addicted to things made in China, or rather, increasingly aware that their comfortable lives depend on products made in China.

We have good reason to believe that without China-made products, especially those in the mid- and low-end, inflation in the US will be difficult to control, while the $1 trillion infrastructure plan cannot be successfully completed as planned. .

While the course of the COVID-19 pandemic is not clear, not only is trade between China and the US unlikely to decouple, but even closer, and there is no possibility of a reduction next year. If the US cuts tariffs on Chinese imports, it will further boost imports, with bilateral trade likely to exceed 5 trillion yuan (about $786.16 billion).

The situation of a hot economy and cold politics between China and the US explains why China-US relations during the Cold War differ from US-Soviet relations. It also makes the wisest choice for the two countries going forward: that is to coordinate, rather than fight to become a winner.

Washington is not trying to break this relationship, because in that case it will be of little benefit. What it hopes to maintain is that China guarantees the supply of cost-effective low- and mid-end products to the US. This could help the US economy to remain stable on the basis of low inflation.

This is especially evident in the field of 5G technology. This is also a major reason why the US wants to exploit “democracy” to rally allies.

China’s 5G technology has been under the close scrutiny of the US since its first steps on the world stage. It has also been labeled by the US as undermining the security rules of democratic countries. Washington has constantly threatened that whoever uses China’s 5G technology will put their security in the hands of a dictatorship. Thus it continues to force them to draw a line and take sides.

The purpose of such an effort to closely relate advanced technology in communications to China’s political system is clear: to curb the development of China’s high-tech technologies in the global market and squeeze the space of Chinese companies to advance in the global high-tech industrial chain. .

So on the face of it, the US seems to be engaging in an ideological confrontation over the question of democracy. But essentially it is trying to ensure its leadership in high technology in the global market.

The US siege may slow China’s development in some high-tech sectors and hinder the expansion of China’s advanced technologies in foreign markets. However, Washington cannot change the China-US relations that have developed during the globalization process, nor can it prevent Chinese companies from making progress in high-tech sectors.

If Washington really understands China’s political system, then it should understand that the strength of China’s system does not lie solely in democracy, which aligns with the country’s development practices. It also lies in its characteristics of being “centralised,” which will show its potential power amid the US siege.

The author is a senior editor at the People’s Daily and currently a senior fellow at the Chongyang Institute for Financial Studies at Renmin University of China. [email protected] Follow him on Twitter @dinggangchina