The US will provide $210 million to Pacific countries to address issues ranging from climate change and maritime security to economic development in Washington’s latest effort to curb Chinese activity in the region.

The promised aid from the Biden administration follows a pledge of $600 million in economic aid for the next decade that US Vice President Kamala Harris announced in Fiji in July.

The announcement comes as the US ramps up diplomatic engagement with countries from Fiji to Papua New Guinea, part of a new strategy for the region after China surprised the US this year by signing a security pact with the Solomon Islands.

To underscore the increased engagement, US President Joe Biden will host an inaugural summit of Pacific Island leaders in Washington on Thursday.

The Chinese deal with the Solomon Islands highlighted what experts say had been a lack of attention in recent years from Washington and its Pacific allies, including Australia and New Zealand.

In recent months, several senior US officials, including Harris and Secretary of State Antony Blinken, have visited countries in the Pacific. Penny Wong, the Australian Foreign Secretary, also traveled to the region as part of an attack from Canberra.

Charles Edel, a Pacific expert at think tank CSIS, said the past year had served as a “wake-up” call for the US on what he described as a critical need to increase engagement with small island nations in the Pacific. .

“This White House summit, and other actions over the past six months, have demonstrated that the Biden administration understands the importance of engagement with the countries of the Pacific. But the real test will be whether Washington can sustain its long-term commitment to the region,” Edel said.

The White House also released its first strategy for the region, the Pacific Partnership Strategy, which it said would strengthen ties through a “significant increase in the overall US diplomatic presence and engagement.”

The US said it would provide more than $130 million in investment and use $400 million more in private financing to help countries tackle climate change, which is an existential challenge in the region.

Washington will also provide several million dollars to improve U.S. Coast Guard training and other efforts that will help countries improve maritime security and address threats such as illegal fishing. 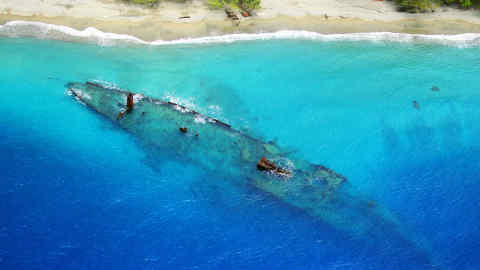 The US plans to open a new embassy in the Solomon Islands and begin negotiations to open two more diplomatic missions in Tonga and Kiribati. It will also appoint an envoy to the Pacific Islands Forum, a major regional group, while the Peace Corps will resume programs to send volunteers to Fiji, Tonga, Samoa and Vanuatu.

The White House also announced that the US would also recognize the Cook Islands and Niue as sovereign states.

The renewed push comes months after the US and its allies unveiled an initiative called Partners in Blue Pacific to help countries in the region avoid becoming overly dependent on China.