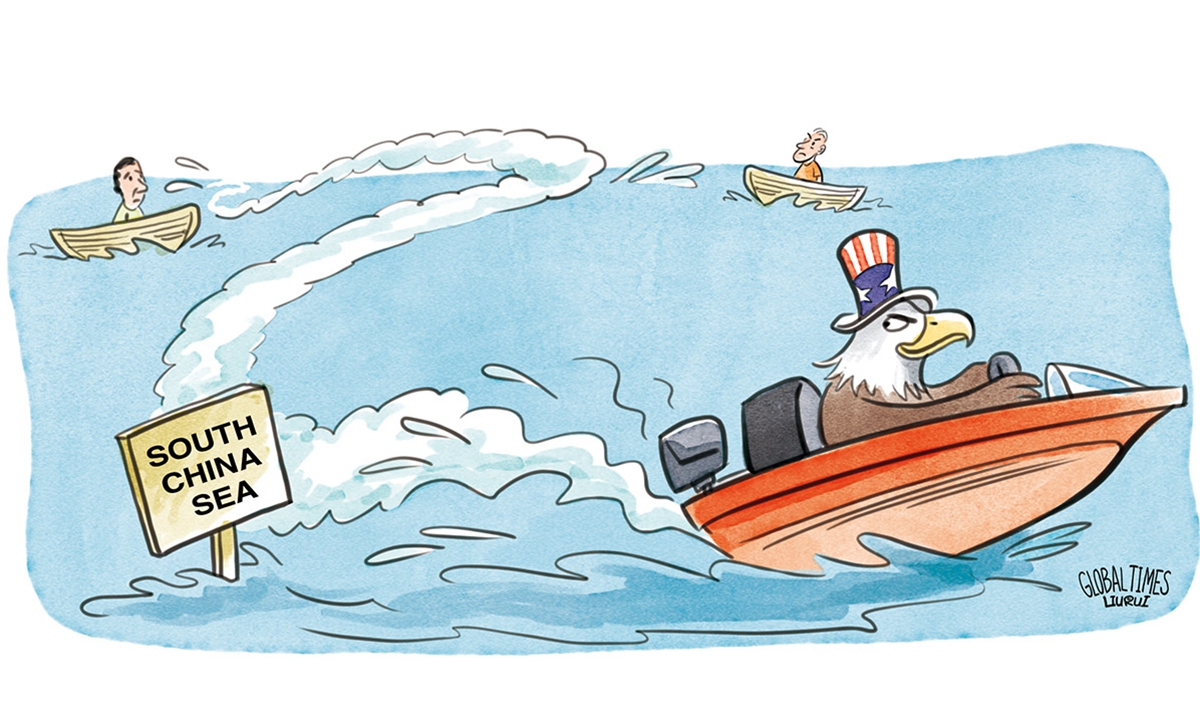 There is one country that never uses rules to limit itself, but often uses “rules” as an excuse to interfere with the normal actions of other countries to defend their own rights. This is not only ridiculous, but also reflects the feeling of sluggishness.

The US State Department released a report Wednesday criticizing China’s territorial claims in the South China Sea. The report, titled “Borders in the Seas,” states that China’s claims to historic rights in the South China Sea “have no legal basis.” It also quoted the United Nations Convention on the Law of the Sea (UNCLOS) of 1982 stating that “no provision of the Convention contains the term ‘historical rights’, nor is there a unified understanding of what specifically defines the term.” means as a matter of international law.”

How is the US, a country that has so far failed to ratify UNCLOS itself to avoid limiting its maritime hegemony, qualified to use the treaty to refute China’s claims? When UNCLOS was signed in 1982, it largely reflected the interests of developing countries and constituted a constraint for major maritime powers such as the US.

The following conclusion is therefore obvious: the US selectively adheres to international rules. When Washington finds the rules inconsistent with its own interests, it abandons them; when the same set of rules can be used to attack its perceived opponents, it will not hesitate to use the rules as a weapon. The US keeps talking about ‘rules-based international order’, but in fact it tries to manipulate that same order.

The US report claimed that China’s historic rights “have no legal basis” merely because the exact words are not in UNCLOS and there is no common understanding. This makes no sense and it also deprives China of its right to interpret the treaty.

“The signing of the UNCLOS concerns the interests of different countries and is the result of negotiation and competition. Specific details are often not explained in the convention, and countries that have signed and ratified the UNCLOS have the right to make interpretations, according to the Vienna Convention on the Law of Treaties,” Huo Zhengxin, a law professor at the China University of Political Science and Law, told the Global Times.

China is entitled to such a legal right. “It is a common example in international law. Countries’ interpretations are also a continuation of the treaty and a development of the law,” Huo said.

However, the US has refused to allow the authoritative interpretations of “historic rights” by Chinese experts, because such interpretations are not in line with their interests. As always, the US has interpreted UNCLOS in a selective way, trying to confuse the international community.

In December 2021, US Secretary of State Antony Blinken used the issue of the South China Sea to deliberately sow discord between China and regional countries during his visit to Indonesia. Most countries are aware of the hypocrisy and lack of credibility of the US.

“The term ‘historical rights’ needs to be analyzed by experts. But before the experts’ professional interpretation is widely understood by people, the US is trying to launch a preemptive strike on China. This is another US practice of ignoring the law standards, the US is completely manipulating the international agenda according to its own political needs,” Li Haidong, a professor at the Institute of International Relations at China Foreign Affairs University, told the Global Times.

The US must first ratify UNCLOS before acting like the police of the world. No matter how it tries to condone its hegemonic acts, the US’s own rules will never become general rules of the international community.