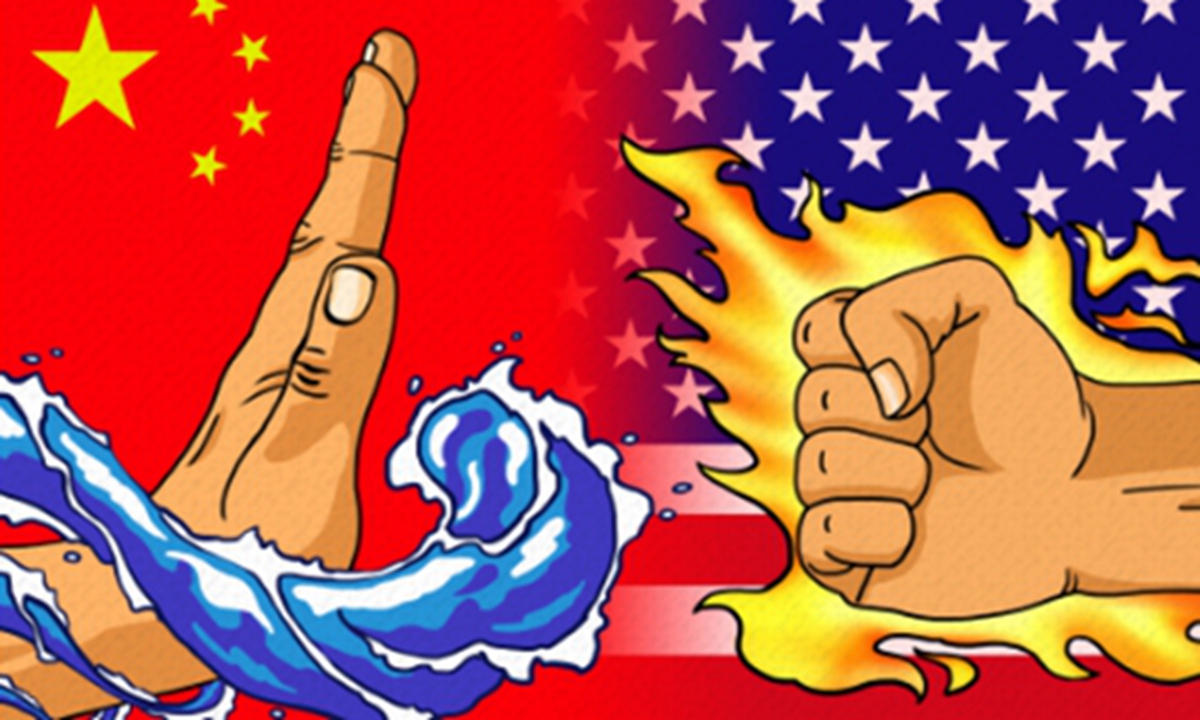 General John E. Hyten, vice chairman of the US Joint Chiefs of Staff, said on Monday, “Our goal should be never to go to war with China, never to go to war with Russia. Because that day is a terrible day for the planet, and a terrible day for our countries.” Retired US admiral and former head of US Pacific Command Harry Harris also said that “it is very important that we do everything we can to prevent an escalation and open warfare” with China.

Lately, there have been more voices in the US emphasizing that the US should not have military conflicts with China. This is clearly due to the escalation of tensions in relations between the two countries. Frontline troops are closing in and the US has been deeply concerned about a casual and serious confrontation between the two armies and even accidental fires.

The risk of a military confrontation between China and the US has increased. The reason is that the strategic animosity of the two countries has continued to grow and their mutual trust has fallen to almost zero. Metaphorically, if the wind blows the door shut now, both countries would believe the other side is slamming the door. If an incident such as the 2001 in-flight collision in the South China Sea occurs again today, it will be difficult for both sides to cool the incident and resolve it peacefully.

Who is responsible for such a difficult situation?

China has absolutely no way of backing out. The One China Principle is the fundamental principle we must insist on. If the Democratic Progressive Party’s authority wants to promote the “independence of Taiwan”, how can we not stop it? If the US really doesn’t want conflict with mainland China in the Taiwan Strait, there are two ways. First, it must pressure the DPP authority so that it cannot cause any problems. If both the mainland and the US are against the “independence of Taiwan”, the DPP authority will drop out. Second, the US must stop meddling. It should not intervene if mainland China launches attacks on Taiwanese secessionists. In that case, there will be no conflict between China and the US in the Taiwan Strait.

But the problem is, the US is pushing the DPP authority to provoke and is constantly sending signals that Washington will provide support even if the island hits rock bottom, while simultaneously asking the mainland for the so-called mainland-US competition get into conflict. We have to ask: is what Washington has done in the Taiwan Strait “competition”? We advise Washington to straighten out its logic. Political hooligan tactics cannot work in mainland China.

To prevent military conflicts between China and the US and guarantee 100 percent security, the US must back off from provoking China’s core interests. Since “freedom of navigation” in the South China Sea has never been an issue, why do US warships always sail so close to China’s islands and reefs? The South China Sea is so wide that there are traffic lanes everywhere. Why do they have to come to the Chinese islands and reefs to find trouble? This is not navigation at all, but undisguised provocations and threats.

So my conclusion is that strong military strength, especially strategic nuclear power, has made the US deeply awestruck by the confrontation with China. Provided China doesn’t proactively attack it, the US knows to stick to the bottom line and not push China into a life-and-death struggle. Therefore, as long as China defends its core interests, China has the morals and has nothing to fear.

The author is editor-in-chief of the Global Times. [email protected]