What will your cost of living (COLA) adjustment be for 2023? Some predict the increase will approach 11%. Others say it will be closer to 10%.

But it may be wise to stick with the old adage about not counting your chickens before they hatch. This is why your Social Security increase may be lower than many expect. 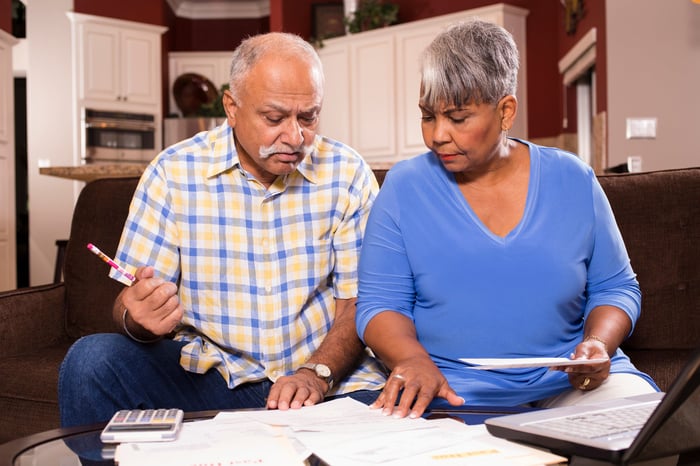 The third quarter is the charm

COLAs are intended to help Social Security benefits keep up with inflation. But there are some details about how the Social Security Administration (SSA) determines the exact number of COLAs that are important to understand.

Perhaps the most important thing to know about how COLAs are calculated is that the SSA only uses the average CPI-W numbers for the third quarter of the current and previous years. It doesn’t matter how much inflation could rise earlier in the year. Only Q3 matters.

Signs of a peak

Which brings us to why your Social Security raise may not be as high as many expect. All the predictions that have been made are based on the inflation we have seen in the US so far in 2022. But there are signs that inflation has peaked and could fall in the third quarter.

The most obvious indication that inflation has peaked was the July CPI data from the Bureau of Labor Statistics (BLS). After steadily rising month after month, July’s CPI-U remained the same as in June – 8.5%. July’s CPI-W actually fell slightly from the previous month.

Petrol prices fell by 7.7% in July. This decrease was enough to offset the rise in food and house prices. So far, this trend appears to be continuing in August. US gas prices have typically fallen between $0.01 and $0.03 every day since mid-June, based on data from AAA. Some experts are now predicting average prices close to $3 a gallon could be on the way.

Transport costs play a role in the prices of many products. It is therefore likely that lower gas prices could lead to lower prices for food and other goods included in the CPI-W statistic.

House prices are also falling. Higher interest rates have significantly slowed down new mortgages. Certainly, house prices continue to rise. In June, however, house prices rose at their slowest pace since the early 1970s, based on data from mortgage software and analytics firm Black Knight.

With all this evidence, it seems unlikely that the Social Security increase for 2023 will be as high as some of the earlier projections. But even if inflation slows in the third quarter, it won’t magically disappear.

Realistically, the lowest your COLA will be is probably somewhere in the 7% to 8% range. The lower end of this range would still be the biggest Social Security increase in 40 years. The COLA may not be as great as many expect, but it will almost certainly still be huge compared to most years.