When seniors on Social Security saw their benefits rise 5.9% in 2022, it represented the largest cost of living (COLA) adjustment in decades. But the 2023 COLA will likely make that 5.9% boost negligible.

As much as inflation started to pick up in the second half of 2021, it has really soared this year. And because Social Security COLAs are directly related to inflation, there’s reason to believe the 2023 increase will be huge.

Earlier this year, some experts called for a COLA as high as 11% by 2023. But based on more recent inflation data, an 11% increase seems unlikely. However, that’s not necessarily a bad thing. 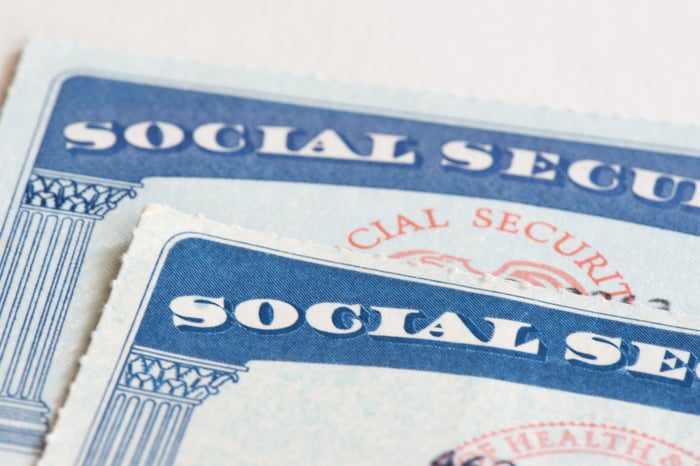 Social Security COLAs are based on the third quarter consumer price index for urban wage earners and white-collar workers (CPI-W). To be clear, when we see news outlets reporting inflation, they usually refer to changes in the consumer price index for all urban consumers (CPI-U). The CPI-W is a subset of the CPI-U and is based on the expenditure of households in urban areas who meet specific employment requirements.

In August, the CPI-W was slightly lower than in July. And in July, the CPI-W fell slightly compared to June.

All of these modest moves are clearly not reflected in the cost of consumer goods, as Americans still pay a fortune for everything from food to clothing to utilities. But a downward move in the CPI-W makes a COLA of 11% much less likely in 2023.

Admittedly, we need three months of CPI-W data from July, August, and September to make that decision. And if the index rises substantially this month, that 11% COLA could be back on the table. But that is not expected to happen.

So, which COLA should seniors anticipate in 2023? It’s hard to say. But it certainly won’t be shocking to see an increase somewhere in the vicinity of 9%. And that’s a boost seniors can celebrate.

While the idea of ​​an 11% COLA for Social Security may seem fun, the reality is that for next year’s hike to be this high, inflation needs to rise in September. And that’s not something anyone should wish for.

As it is, Social Security COLAs often go bad in helping seniors maintain their purchasing power in the face of inflation. So if next year’s increase isn’t as high as previous estimates had called for, it means inflation will have to moderate to some degree, bringing relief to both working Americans and seniors.

Most years seniors end up with Social Security lose purchasing power based on the COLAs they get. And part of the reason is that the CPI-W isn’t a very accurate measure of the costs seniors face.

Lawmakers have pushed for a different way to calculate Social Security COLAs. But until that change takes hold, seniors need to recognize that bigger COLAs aren’t necessarily the financial windfall they may seem.